“Do the facts matter?”  That’s how O. Homer Erekson opened his talk at the Executive MBA Preview Luncheon at Las Colinas Country Club early this month. In a world of “fake news,” where the narrative is sometimes at odds with the facts, it’s a particularly relevant question.

“Do the facts matter?”

That’s how O. Homer Erekson opened his talk at the Executive MBA Preview Luncheon at Las Colinas Country Club early this month. In a world of “fake news,” where the narrative is sometimes at odds with the facts, it’s a particularly relevant question.

The John V. Roach Dean and professor of economics hinted at some of the complications involved with leading an economics course just after the recent election. Which news is accurate? Which experts can we trust? Which statistics are relevant? He illustrated with a story.

The Laffer Curve across three administrations

One afternoon in 1974, a little-known economist was talking with members of the Ford administration about tax revenue, and sketched a graph on a napkin that became known as the Laffer Curve. It was based on an existing concept that if you raise taxes above a certain rate, you decrease revenue, because a cash-strapped public slows down the economy, resulting in a smaller base, i.e. less taxable income. 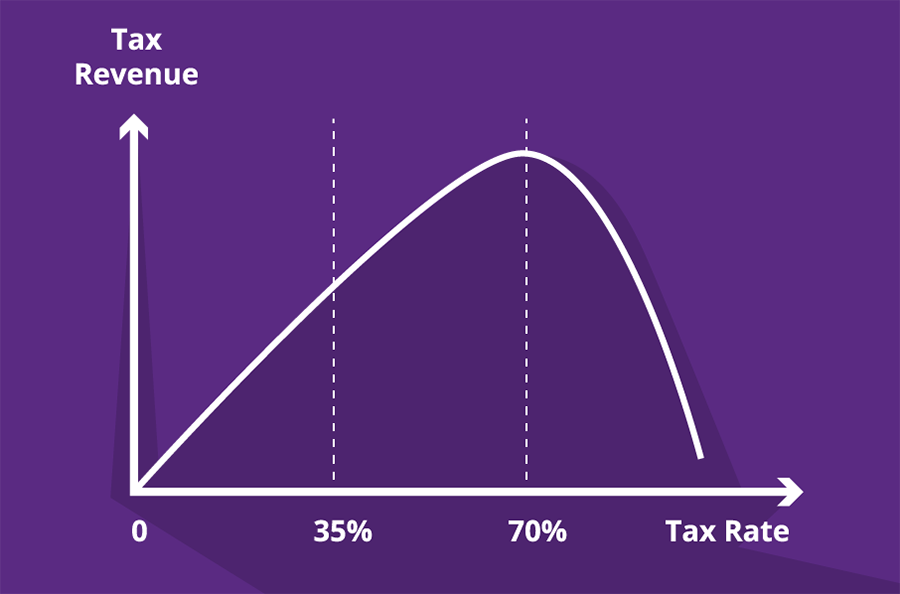 It’s a reasonable concept, and one the Reagan administration took to heart with the 1981 and 1986 tax cuts intended to stimulate the economy. But as with any principle, the Laffer Curve has its variables: first, it’s only a general principle; economists can’t agree on where exactly the curve peaks. And for a tax cut to increase tax revenue, the taxable income has to increase significantly. Unfortunately, taxable income fell during the Reagan administration – thus so did revenue.

Conversely, Clinton raised tax rates in 1993 and revenue went up. In fact, it was the last time we saw a surplus. Which would move us to wonder whether Trump’s tax cuts will result in an increase or decrease in revenue. Dr. Erekson predicts that, with very little slack in the current workforce, we’re not likely to see a stimulus big enough to raise taxable income.

The point of this little story?

Always ask for the rest of the story

We read editorials all the time, and amidst witty metaphors punctuated with statistics, it’s easy to forget what editorial really is: opinion. Whether they are on the left, the right or in the middle, people tend to make biased platitudes.

“I would, too – for instance, if I wrote an op ed for Tracy,” Dr. Erekson admitted, nodding to attendee Tracy Merzi, publisher of the Dallas Business Journal.

Everyone is too busy making a point to tell you the rest of the story. You’re only getting one side, and not even a statistic or a principle like the Laffer Curve is reliable if you don’t know the context.

A complex vs. complicated world

Golf is a linear game. You hit the ball from point A to point B. You move from hole one to hole 18. There are hazards (“And I’m bound to hit them,” Dr. Erikson chuckled), but the game is basically linear. This is what we call complicated.

A pinball machine, however, is complex. Unpredictable. You don’t know which way the ball will go when you release it.

Our world is increasingly complex, constantly changing. Smartphones transformed the taxi industry, among other things. A rise in terrorism transformed military strategy. Brexit signaled a cultural shift. And the old model for business schools, focused merely on training students in disciplines like accounting and finance, doesn’t work in a world that’s constantly changing.

Now, business school has to prepare you for change. In the Neeley economics course, you’ll still learn modeling, elasticity and all the usual fancy terminology – but more importantly, you will learn how to deal with uncertainty.

And it’s not about one professor giving you knowledge; it’s about relying on your entire team – and your entire class – to give you multiple perspectives. Those perspectives help you see the rest of the story.

Dr. Erekson encouraged us: “Whether you are a republican or a democrat, think about yourself and whether your position makes sense.”

With that in mind, can we dig even deeper into the Laffer Curve story than Dr. Erekson did? What else affected revenue during Reagan’s administration or during Clinton’s? Reagan also passed bills in 1982 and 1984 that effectively raised taxes by reducing tax breaks and loopholes. And while Clinton raised taxes, he still kept the top regular income rate much lower than it was before Reagan – he also cut spending by limiting welfare benefits.

There’s always more to the story, and the economics course in the Executive MBA program will teach you to find it.

Is the Neeley EMBA program right for you? Find out.