It takes a village to develop a new product and managing employees with different roles to make it happen has its challenges. TCU Neeley Professor of Operations Management Tyson Browning researched ways to improve communication and coordination.

One hundred or more employees from different departments focusing on the same goal could lead to communication inefficiencies that can slow down the process. It can be difficult striking the balance between sharing too little and too much with relevant parties.

Previous research suggests that dividing the team into smaller groups that communicate most frequently would avoid inundating the masses with irrelevant information.

Professor of Operations Management Tyson Browning and his coauthors suspected other factors like a group’s social cohesion had to be considered when dividing up groups for better communication.

Browning’s contribution in the research, “Clustering Product Development Project Organization From the Perspective of Social Network Analysis” is forthcoming in IEEE Transactions on Engineering Management.

What made you think about doing this research? Why is it important to study this phenomenon (from a practitioner perspective)?

TB: This research was conceived by some colleagues in China as an extension to methods presented in my 2012 book, “Design Structure Matrix Methods and Applications,” on the a general systems modeling and analysis tool. They asked me to join their research project, which provided an opportunity to develop research ties with China, and they already had data from a Chinese project that was developing a complex, new product.

The research concerns how to organize large, complex, product development projects in terms of all of the various experts (designers, engineers, analysts, production experts, supplier representatives, partners, etc.) involved. When, say, a hundred people must collaborate on developing a complex product, it gets overwhelming to manage and coordinate such a large group without breaking it down into sub-teams (usually around 6-8 people each) who will work together, talk, co-locate, meet, and email more often among themselves than with the entire project team. But how should this breakdown occur? Past research has proposed that grouping those who need to communicate most often and intensely about their tasks is a good starting point. But we suspected that other factors such as social cohesion could also matter, and, because communication frequency is hard to anticipate, we also considered temporal task overlapping and team expertise. The problem also exists at intermediate levels of the organization structure (i.e., groups of teams who need to work more closely together than with others).

What did you find and how did you go about doing the research?

TB: Focusing at the groups-of-teams level, we found that taking these other factors into consideration would indeed change a large project’s proposed breakdown. Analyzing 20 teams in a large, aerospace project in China, we found it optimal to structure them into three groups, driven largely by tie strength and social cohesion. Certain teams were placed in one grouping but also served as conduits to the other two groups.

How can managers use this research in business practice? Does it change the way a manager might go about doing their job?

TB: Lately it’s becoming more common for employers to track their employees’ locations (generating a lot of big data) and relocate their desks (e.g., see the following two news articles), all in an effort to understand and improve communication and coordination1. Our proposed analysis contributes a new methodology for analyzing these data and moving towards effective solutions.

What would be the next steps with the research? Where do you see this research stream going?

TB: I think researchers and managers will continue to experiment, learn, and find new aspects of this ongoing challenge to get the right information to the right place at the right time in projects. As more data become available, it will provide more opportunities to explore hypotheses about better and worse ways of managing the challenge.

Can you give us a 1-2 sentence summary of the research?

TB: It is a huge challenge to manage the communication and coordination among project teams in a large program, because one must strike the right balance between information sharing and information overload. We propose a method for organizing such teams into groups that will communicate and coordinate with each other more intensely than with the other groups of teams, thereby achieving this balance in an optimum way. 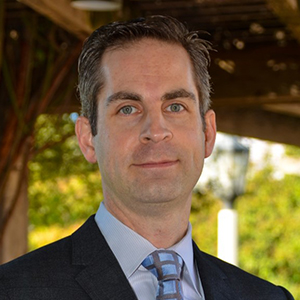