Every class in Neeley’s Executive MBA program grows incredibly close, and every class makes incredible leaps forward in their careers and in their ability to lead – but every class is also slightly different. Here’s a look back at the some of the many unforgettable moments the Class of 2015 saw in the last year and a half.

Every class in Neeley’s Executive MBA program grows incredibly close, and every class makes incredible leaps forward in their careers and in their ability to lead – but every class is also slightly different. Here’s a look back at the some of the many unforgettable moments the Class of 2015 saw in the last year and a half.

1. TOOK CARE OF EACH OTHER
They started as classmates. Now, they’re family – from the small group that got up early every class day to share breakfast at Westside Café, to the entire class sharing dinner every night on the trip to South America. But that closeness doesn’t stop with camaraderie – the class truly takes care of each other. 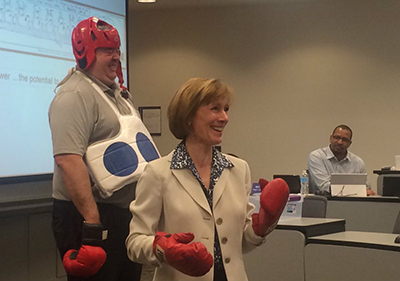 2. LEARNED OUTSIDE THE TEXTBOOK
The 2015 EMBA Frogs did a lot of unconventional learning: boxing gloves in Negotiations; a beer game (minus the beer) in Supply Chain Management; firsthand accounts from speakers convicted of white-collar crimes in Ethics; and of course the constant insights from classmates experienced in a wide variety of industries. They even trained themselves to smile and exude confidence in presentations by putting straws in their mouths and holding their arms above their heads. 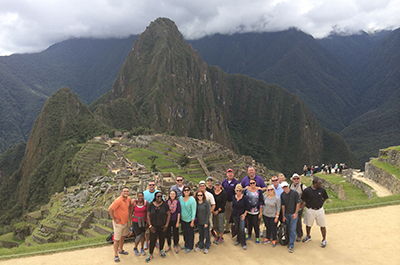 3. EMBRACED THEIR CURIOSITY ACROSS THE GLOBE
The class learned a lot about the global business environment, collectively traveling to 32 states and eight different countries during the program – including three countries in the class trip to South America. Donna Martinelli even commuted to class all the way from Georgia for the first four months of the program. And on a tour of a fish factory in Peru, the class asked so many questions, on topics from HR to production, that they overwhelmed their tour guide.

4. GOT HEALTHIER
And not just through Dustin Dvorak’s random sets of push-ups. The class dropped some major pounds during their weight loss challenge. Finance professor Mauricio “Mo” Rodriguez won by a 100th of a point over James “Opie” Fair. 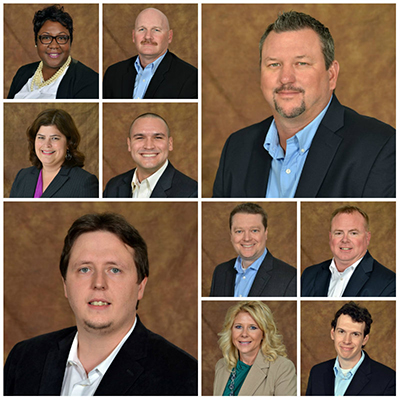 5. MOVED UP
Not only did the class have time to analyze their professional careers through leadership coaching and journey mapping – they had the chance to move forward, with nearly a dozen classmates experiencing job changes or promotions: 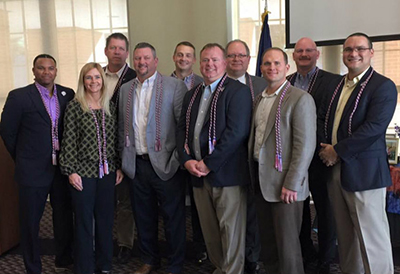 6. GAVE BACK
The class of 2015 has a strong heart for service, with 10 active and veteran military men and women, three police officers, one firefighter, two nonprofit leaders and one employee of an U.S. government agency. Just as an example, when Kevin and Liz Grace’s friends from Peru immigrated to the U.S. without a single piece of luggage – having spent every penny on airfare – Donna Martinelli, owner of Uptown Cheapskate, stepped in with her classmates and put together cash donations and new wardrobes for the entire family – not just clothes, but shoes and accessories as well.

7. DRESSED TO IMPRESS
Crazy golf pants. The infamous red fedora. And Dustin Dvorak dressing as Chris Gay for Halloween. But perhaps the best were the custom T-shirts – “Say ‘No’ to the H1 Hypothesis” – reminding the class of 2015 to always question their assumptions. 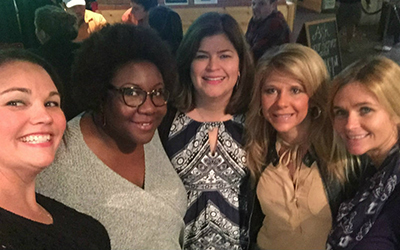 8. TURNED UP THE CELEBRATION
The Frogs and their spouses celebrated birthdays every month – usually dancing at Studio 80, but sometimes at James Fair’s tailgate – and once, in Chile, after hearing about the program’s #1 Texas ranking, went to a karaoke bar, where Ed Deegan did an impressive impersonation of the King of Pop. 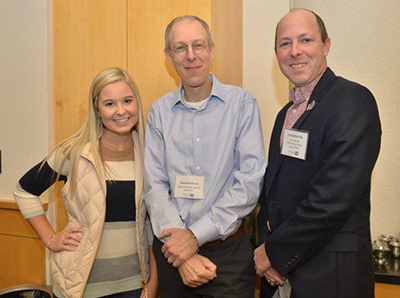 9. KEPT FAMILY CLOSE
Not only were spouses along every step of the way, and not only did the class celebrate one wedding and eight births – Chris Gay’s daughter, Brittany Fraser, attended TCU at the same time, in the Neeley undergraduate program. They both studied under Professor David Weltman. 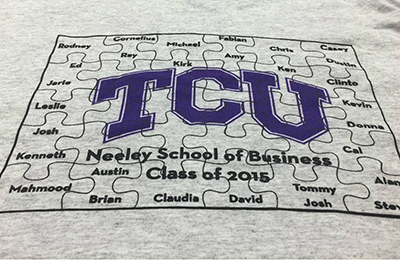 10. SHARED AN EMOTIONAL GOODBYE
“Goodbye” may be a misnomer – these classmates-turned-family will keep in touch for the rest of their lives – but the last day of class is always a bittersweet occasion. It was an especially emotional one for the class of 2015, with many a custom-made T-shirt sleeve growing damp with the tears of the graduates.

Is joining the Neeley EMBA program something you're interested in? Take the next step.